Avoiding the fluctuating price of solar for commercial property 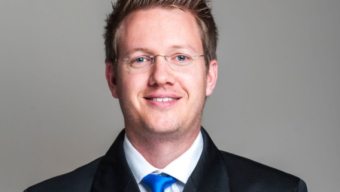 The cost of installing photovoltaic (PV) systems could rise in the fourth quarter (Q4) of this year, according to Charl du Plessis, Head of Project Development at EP Solar, a division of Energy Partners and part of the PSG group of companies.

He says the cost of solar panels will increase by about 7% in Q4 of 2017, as a result of the increase in the demand for PV systems worldwide. “This will effectively increase the cost of constructing a commercial 1MW PV installation in Q4 of this year by around R680 000.”

The price increase is temporary, with costs expected to equalise by the first and second quarters of 2018. “However, it is not realistic for commercial projects to wait for temporary price spikes like this to pass before commissioning a new PV system.”

Installing PV systems are still valuable as the overall trend in the cost of solar has been downward, he says. “Ten years ago the average payback period of a commercial rooftop PV system was around seven years. It is now very common to see payback periods of under five years.”

Du Plessis explains that commercial solar in South Africa has shown an increased interest from the property market, with especially large property groups actively searching for alternative energy solutions. “It is also interesting to see that the knowledge and understanding around solar technology has definitely increased in this market. Many of the clients that approach us for alternative energy solutions have done their homework and know exactly what they are looking for in terms of capacity and performance.”

According to Du Plessis, it is vital for players in the commercial market to have access to the most cost-effective PV solutions when they need them and not have to stall projects because the price is too high. “A 7% price increase, like we are seeing in the cost of solar, absolutely affects the payback period of a system, but one cannot delay an entire construction project by three to six months as a result of it. Partnering with large solar providers that manage their logistics and warehousing in-house, is therefore paramount,” he says.

EP Solar has not only taken its logistics and warehousing functions in-house for this reason, but the company also manages its own installation, he says.

“It is important to understand that the quality of installation is the one aspect that sets solar providers apart more than any other. Having the highest quality Tier 1 PV systems installed by contractors that do not do the job right diminishes the effectiveness of the entire system. Every part of an installation, from the bend radiuses of power cables, to the planning of maintenance walkways all play a massive part throughout the lifetime of the installed system.” Du Plessis concludes.