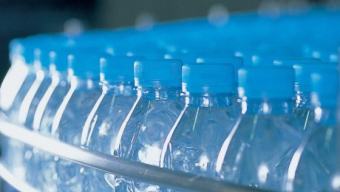 In 2015, an American organisation helping companies and investors to achieve success by understanding environmental issues in business terms estimated that substituting plastic in consumer products and packaging with alternatives that perform the same function would increase environmental costs from $139 billion to a total of $533 billion.

Extrapolating to the entire consumer goods sector, over 342-million tonnes of alternative material would be needed to replace the 84-million tonnes of plastic used in consumer products and packaging in 2015. This, said Trucost, has major implications for costs and environmental impacts associated with manufacturing (such as raw material, energy and water use) as well as distribution.

Writing on her last blog of 2019 in December, CEO of Belu, Karen Lynch, said that her research into plastic alternatives showed that, well, the answer to an anti-plastics challenge is plastic. Belu works with the UK hotel, restaurant and catering sectors to fulfil their water requirements with the lowest carbon footprint possible. It gives 100% of its profits to the charity WaterAid to help transform lives worldwide with clean water.

Lynch wrote about her frustration of coming across many hospitality industry players making kneejerk reactions to something they have been sold as ‘better’ (than plastic), purely to quieten their boss or their own guilt as the anti-plastic noise surrounds them.

She admitted that – if Belu was a regular ‘for profit’ company driven by shareholders – it could have jumped on the bandwagon but her team opted to research the alternatives and make an informed decision.

“Aluminum (cans) may have many benefits, especially that they’re easily recyclable. But to manufacture cans requires a vast amount of electricity to create the raw materials. Aluminum is produced from bauxite which is strip-mined, leading to a wide range of environmental issues including acid mine drainage, heavy metal contamination, air and water pollution, and impacts on drinking water and quality of life of nearby communities.

“The recycling process requires heavy blocks to be exported before being rolled into sheet and reimported.  Add all that up in terms of carbon emissions, to make a can would incur at least three times that of a plastic bottle of water (versus one that is made from 50% recycled plastic). So, as a business that thinks environment-first, to encourage consumers to swap from drinking water from a plastic bottle to a can would simply be unethical.”

Her team discovered the same was true of cartons: “Complexities of layers in the material including a plastic (polyethylene) coating mean that these products aren’t part of the circular economy we so firmly believe in.

“While an increasing number of local authorities will collect cartons for recycling, only 37% of all cartons sold in the UK are recycled here due to inconsistent collection and the fact that they are only processed at a dedicated carton recycling plant. This too has to change, but even then, we’re a long way from plastic or aluminum-free cartons and that’s before we consider how to hold in bubbles in our sparkling water.

“If we dared to place cans or cartons in front of our customers as a better solution, then YES we could make more profit, and we could transform more lives. But we would also be greenwashing and misleading our customers.”

Lynch’s decision was to stick with plastic: “As it is in every product sector, if you can’t remove it, buy less and buy better. So, what does better look like? Removing all of the fossil fuel element of the raw material from the bottle. In other words, a bottle made completely from bottles. All Belu plastic bottle products will be made from 100% recycled plastic.”

South African National Bottled Water Association (SANBWA) CEO, Charlotte Metcalf, admitted that every material has pros and cons, but increasingly emotions are driving our feelings towards them. “Take the current anti-plastic wave as an example. This has some people calling for plastic alternatives that are not yet catered for by the local recycling stream,” she said.

“It’s important we all keep a level head, and don’t demand change which might not be in the best interest of the environment. Buying food and beverages in PET packages that have been designed for recyclability – and then recycling those – is currently the best option for South Africa.

“But across all packaging types, our industries are working tirelessly to improve. There are high recycling rates of PET and South Africa has technology to close the loop viz the bottle-to-bottle recycling effort driving the circular economy for PET packaging; we see collaboration between industries; clean-up efforts and so on. There’s plenty of good news to celebrate. More, if consumers strive to get SANBWA members’ bottles in the right bins – they are designed to be recyclable.”

CHILDREN LEARN ABOUT RENEWABLES IN VERNACULAR