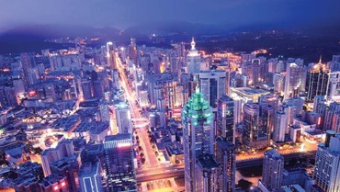 Pre-conference there was much chatter that a prime objective of Davos this year would be a focus on the environment, and environmental degradation.

Over the last two days perhaps the biggest piece of news to emerge on this subject is a US-led attempt to start negotiations on lowering tariffs and trade barriers on ‘green’ goods and services.

Since the global financial crisis a whole host of countries have made grand pronouncements on green technology and energy, and their desire to lead this new revolution. This would include the US and many European countries, as well as Japan.

The interesting thing about the initiative coming out of Davos is that China has not yet agreed to officially take part.

There is precedent for the inclusion of China, as at the last major agreement (APEC conference in 2012) for a reduction in tariffs on green goods China was a signatory.

It is hard to see this move gaining much traction without China, as China today is second only to the EU in importance in this sector.

What should we make of this?

It is simply ludicrous to attempt anything in this sector without China.

There has been so much change over the last decade that the still traditional view of developed country corporate domination over the globe is simply outdated.

The ‘clean and green’ sector is vast and diverse. There is solar, wind, tidal, wave, geothermal, etc etc – then there is insulation technology, renewable material adoption, and general energy efficiency measures. We could go on.

A simple rule 101 in the investment game is to try to align yourself as an investor with the underlying needs of society.

In this instance anyone who has travelled to China over the last two decades or so would have noticed the country has undergone environmental degradation on an unprecedented scale.

Today residents in both Beijing or Shanghai (and other cities) have to regularly deal with airborne pollution levels well in excess of World Health Organisation guidelines.

China’s need for coal-generated power is the culprit for a good part of this pollution, but obviously the newfound fondness for private car ownership is not helping either (China is now the world’s largest car market).

Why this is important now is because China is changing.

The Communist Party is sensitive to the issues afflicting the common man in a way never seen in the past. This is part and parcel of China changing from an investment-led economy to a consumer-led economy.

While it may well seem that nothing is changing on the ground in China, there has been substantial change to the industries viewed as providing part of the answer to her troubles.

I still have a copy on my desk of a compendium of the global solar industry from 2006. Inside was a summary of the fastest-growing companies – out of 20 companies listed only a single company was from China. The majority were from Japan, the US and Germany.

Today this picture has radically altered. Chinese companies are now globally important in all parts of the solar value chain. Sure, there are still important American, European and Japanese companies, but overall pricing today is dominated by what goes on in China with Chinese companies.

And as in so many other industries in which China dominates price competition has been brutal. So brutal in fact now that in many parts of the world solar as a source of energy is cheaper than grid power prices.

The wonderful thing about solar as a source of energy is that it is a technology, and unlike traditional fossil fuels, is not a finite resource.

Therefore we expect China’s role as a leader in the ‘clean and green’ sector to increase in line with her own needs for this technology.

Ignoring China is simply a non-starter…