Environmental benefits of Green Star buildings too good to ignore 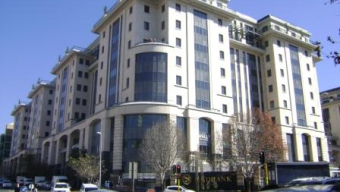 The evidence is undeniable and is available in black and white in a ground-breaking research report  that demonstrates that Green Star-rated buildings emit around a third of the greenhouse gas emissions, use a third of the electricity and half of the water of an average building.

A recent report released by the Green Building Council of Australia (GBCA), entitled The Value of Green Star: A decade of environmental benefits analyses data from 428 Green Star-certified buildings and fitouts and compares it to the ‘average’ Australian building and minimum practice benchmarks. The report examines and quantifies the overall impact of Green Star on greenhouse gas emissions, operational energy and water consumption, and construction and demolition waste for the first time.

Findings far exceeded most optimistic expectations and include:

Says Frank Berkeley, Managing Executive of Nedbank Corporate Property Finance, “Nedbank’s extensive involvement in the area of green building in South Africa has afforded us a keen insight into the economic benefits that can be unlocked by incorporating energy efficiency and other environmentally beneficial elements into any building. While a like-for-like comparison of a green and non-green building of similar proportions shows that incorporating effective environmental considerations could raise the overall cost by around 10%, our experience is that this cost does not take long to recoup, particularly given the rapidly increasing cost of utilities in this country.   We look forward to the findings of the Australian report and its significance in respect to the learnings that can be applied in South Africa.”

The CEO of the Green Building Council SA, Brian Wilkinson adds: “Our Green Star SA rating tools are based on the Australian Green Star rating system but adapted to the South African context.  We have no doubt that when we reach a similar milestone in South Africa and have the volume of certified building stock that warrants this type of research, we can anticipate the same greenhouse gas emissions reductions, operational energy and water consumption savings, and construction and demolition waste reduction.”

What to expect at this year’s Global Green Building Convention
Romilly Madew will be presenting alongside a stellar line-up of speakers from around the world as part of an engaging programme which has been designed to both challenge and shift paradigms – enriched by a world-class exhibition – created to encourage business to business opportunity, stimulate the green economy and inspire both our global network local and international colleagues.