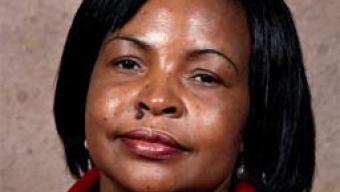 Investments in rural infrastructure, both physical and institutional, were needed to enhance the resilience of agriculture in the face of the uncertainties of climate change, Minister of International Relations and Cooperation Maite Nkoana-Mashabane said on Tuesday.

Speaking at the African Ministerial Conference on Climate-Smart Agriculture, in Johannesburg, she said research remained key in identifying early actions and best practices to build capacity and increase resilience and carbon sequestration, while enhancing food security.

“Current and ongoing awareness programmes should assist the farming communities to put in place the best farming practices, which will promote sustainable agriculture and thereby contribute towards the green economy,” she said.

Nkoana-Mashabane called for governments and nations to assess the range of risks and plan to reduce vulnerability accordingly, adding that climate change “would have dramatic consequences for agriculture”.

Agriculture contributes to 30% of gross domestic product in sub-Saharan Africa, and may employ 70% of the labour force, she explained.

According to South Africa’s Department of Agriculture, Forestry and Fisheries, and the African Union, feeding Africa and the globe at a time of climate change is a major challenge.

Global food production must rise by 70% by 2050 to feed over nine-billion people worldwide, but without strong adaptation measures, climate change will reduce food crop by 16% worldwide and by 28% in Africa over the next 50 years.

“Eighty percent of the sub-Saharan population lives in rural areas. African countries, despite contributing only about 3.8% to greenhouse-gas emissions, are most vulnerable to the effects of global warming, climate variability and climate change.”

She said that as the country prepared for the seventeenth Conference of Parties (COP 17) under the United Nations Framework Convention on Climate Change, to be held in Durban later this year, it was critical to start looking beyond the event.

Agriculture, Forestry and Fisheries Minister Tina Joemat-Pettersson concurred: “We are hoping that the sharing of experiences on this continent, will lead to a shared future of actions and not just plans of action. We are looking beyond COP 17 for the development of this sector, including research and development and funding.”

“We need to link climate change, food security and poverty. We need to engage on emerging issues including finance and technological support and approaches such as climate-smart agriculture, which are geared to address food security, adaptation and mitigation,” Nkoana-Mashabane said.

Written by: By: Brindaveni Naidoo