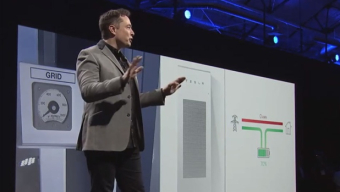 IT’s a week-day evening in SA and I’m tapping away at my keyboard for an article due the next day. Suddenly, I get a notification on my phone warning me that load-shedding stage 1 is about to start, again. I’m going to have to cut my research short and settle for the next, not-so-tempting early morning instead.

A few days later, serial entrepreneur and futurist Elon Musk announces Tesla’s Powerwall — a battery that might just be the key thing the world’s been looking for to cut down on carbon emissions and make sustainable energy, well, more sustainable.

Hooray! Eskom’s energy woes can now finally be settled, I think to myself. But am I being realistic here? How real would Tesla’s “world-changing” technologies be for developing markets such as Africa?

First, let’s take a look at the problem Tesla’s trying to solve.

According to recent figures, renewable energy — such as solar, turbine or hamsters on wheels — in 2014 accounted for a hefty 22% of all electricity generated. We’ve definitely come a long way but conserving this energy, well that’s a different game entirely.

As neatly put by nuclear critic Arnie Gundersen in a recent Forbes article: “Producing our way out of the problem with renewables is half the solution. Conserving our way out is the other half.”

Tesla is providing that other half.

But apart from undercutting its competitors’ prices (check out China’s BYD or Europe’s Sungevity and Sonnenbatterie), the US conglomerate is in it for the big game.

This is Elon Musk we’re talking about after all; if the South African-born is not trying to solve the world’s energy crises with electric cars and home batteries, he’s building rockets to go mine on Mars and satellites to beam super-fast internet to the world.

During his keynote address, Musk stressed that Tesla Energy would be a great solution for people living in remote parts of the world where electricity is extremely intermittent, or extremely expensive:

“You can take the Tesla Powerwall and it can scale globally. In fact, what we’ll see is something very similar to what happened with cellphones versus landlines where cellphones actually leapfrogged landlines and there wasn’t a need to put landlines in a lot of countries or in remote locations.

“I think it’s going to be incredibly helpful to people who don’t have electricity today.”

Tesla says that the world grinds through 20-trillion kWh of energy annually. It will take about 2-billion of Tesla’s Powerpacks to transition all of the world’s transport, electricity and heating to renewable energy.

According to stats from the World Bank, US per capita energy consumption is nearly three times more than the average South African’s.

Then there’s the other side of the argument that settles for nothing less than a cold, wet slap in the face. In a recent Forbes article, Christopher Helman sat down and did the math behind Tesla’s new innovation. He calls it just another toy for rich, “green” people and came to the following conclusion: “Unless your solar-powered home is entirely disconnected from the grid, or your solar system is big enough to provide for all your electricity needs, an expensive battery backup system like Powerwall does not make economic sense.”

Shouldn’t getting off the grid be the ultimate goal?

As much as Africa is criticised for its underdeveloped infrastructure, its ability to skip traditional stages (or leapfrog) is a shining example of how to overcome certain inefficiencies. As much as the term leapfrog has become a buzzword, its impact is quite significant. And many believe it’s not limited to mobile communications.

In a brilliant article by Steven Sinofsky, who’s board partner at the US venture capital firm Andreessen Horowitz, the author likens the impact of sub-Saharan Africa’s present mobile communications to that of solar power’s potential.

“Could it be that solar power, potentially combined with large-scale batteries, will be the ‘grid’ in developing markets, perhaps at least in the near future? I think so. At the very least, solar will prove enormously useful and beneficial and require effectively zero-dollar investments in infrastructure to dramatically improve lives. Solar combined with small-scale appliances, starting with mobile phones, provides an enormous increase in standard of living.”

Echoing Musk, Sinofsky further predicts that innovations in solar panels, battery storage and their inevitable cost decrease will reach developing markets, enabling on-demand power for homes and businesses. In developed markets, energy solutions such as solar might help homes cut down on long-term costs and be used as backup. But in developing markets, it might just be transformative — improving security, education, business and access to other essential services.

In February 2014, Kenyan prepaid solar initiative M-Kopa Solar raised $20m on a mission to reach 1-million homes in East Africa that are off the electricity grid.

M-Kopa announced recently that it has connected more than 20,000 off-grid homes in Uganda with affordable solar power. The fast-expanding company today provides solar power to more than 150,000 Kenyan homes.

Echoing what was previously mentioned, “In many markets around the world, solar is seen as something of a luxury. But in Uganda solar is giving people an essential foot on the energy ladder and helping them save money,” Jesse Moore, a co-founder of the startup, says.

The news of M-Kopa’s investment was soon followed by $7m and then $16m that went to its Tanzanian competitor called Off Grid Electric. This investment was led by SolarCity, an American alternative energy provider that is co-founded by Lyndon Rive, a cousin of Musk’s.

This transformation is already happening, and confidence in this arena seems to be growing even more.

Whether Africa’s energy woes can be solved with something like Tesla or M-Kopa remains to be seen. All I can say is that if I had one of those batteries mounted in my flat, I probably would have had this article up one day earlier.