Largest solar bid allocation in SA round 1 worth R13 billion 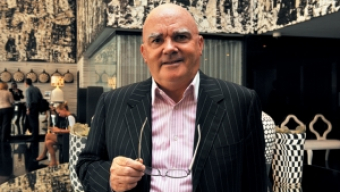 Founder and CEO Paschal Phelan started Solar Capital four years ago. His Phelan Holdings is best known for the Cape Royale Luxury Hotel & Spa in Cape Town, and he says proven technology will be used and 1,000 000 panels installed at the solar photovoltaic farm located in De Aar.

This project will employ upwards of 250 jobs between De Aar and Cape Town for manufacturing and installation. Phelan has already invested heavily in De Aar with the purchase of a large factory on six hectares as well as the local 50bedroom hotel, which is undergoing a major refurbishment and will be rebranded as De Aar Royale Hotel.

“The panels will convert solar rays directly into electricity that will then be fed into the national grid. The panels have no moving parts, no emissions and are easy and quick to install,” he says.

According to Phelan, who has lived in Cape Town for the past 12 years, Solar Capital plans to invest in the development of up to 25 solar farms on 50,000 ha of land that it has acquired in the Northern and Western Cape.

He says, “The bigger the scale, the cheaper you can produce electricity. That is what makes this model flourish. We’re also looking at investing in shale gas in SA to give us 24 hour power availability.”

Phelan says that at present South Africa produces about 35,000 MW of electricity, but it is forecast that the country will require 85,000 MW by 2030.

Solar Capital is set to sign another deal for R10 billion in March 2013.