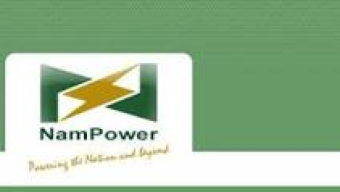 Namibia – renewable energy driving electricity supply – For too long Namibia has been benefiting from low electricity costs, unfortunately stifling growth in the energy sector and specifically in affordable and sustainable generation capacity,” Standard Bank’s Investment Banking Manager Marco Triebner said. Vast distances with relatively light loads, coupled with below average income households not able to support the necessary but expensive infrastructure have been contributing factors to this end, Triebner added.

It is common knowledge that supply constraints in Namibia and the Southern Africa Region alike are increasingly being addressed by expensive and unsustainable mid-merit and peaking generation sources. Natural resources for renewable energy, specifically wind and solar, although abundant in Namibia, have historically been expensive to develop until fairly recently.

The good news is, however, “that generation from renewable in South Africa has redefined their meaning to the sector. Initially viewed as costly generation, as previously mentioned, when compared to conventional generation, renewable in South Africa have become an invaluable macroeconomic instrument, with operational savings in excess of N$ 6 billion over 24 months. Over the latter period of operation, the renewable sector in South Africa has not only proven to be competitive in terms of meeting the demand/supply balance, but have made a significant difference on a macroeconomic level,” he said. Based largely on Government support and its instrumental role in driving the renewable’ programme in South Africa, not only was the Independent Power Producers (IPP) sector unlocked, but a level of competitiveness and efficiency was introduced, commended on an international level.

It is imperative to note, that the success in the Region, and by example, South Africa and Kenya, in unlocking the power sector potential, was the instrumental role played by these respective Governments. In Namibia, the immediate aspiration in terms of photovoltaic power could provide a minimum net saving of 5% to 10% to the country’s annual generation revenue requirement by avoiding expensive US Dollar (USD) denominated imports; a pure financial benefit with the potential to translate into even higher macro-economic benefits given the increased affordability of power. NamPower expects to spend a minimum equivalent of N$2 to N$3 billion on a combination of USD denominated import generation and currently pursued short term generation options, resulting in added pressure on the Balance of Payments of the Namibian Treasury and general affordability of electricity.

It is for these reasons alone that the Government of Namibia is presented with the opportunity to provide support in the form of “enablers” in achieving its objective of unlocking this strategic resource in the most effective manner and therefore providing for a giant leap into the direction of at least one of Government’s priorities, namely poverty alleviation through affordability, job creation and economic multipliers. “Standard Bank, given its vast expertise in the Electricity Supply Industry across the continent and major player in terms of financing the renewable generation sector in South Africa, embraces Namibia’s recent drive towards the development of renewable and has already proven its appetite for the sector by being the first commercial bank to extend financing to Solar PV projects in our country,” Triebner noted.

He added that Standard Bank is rapidly moving towards realizing its motto “Sustainability Through Growth” by its active involvement in the renewable sector, not only across the continent, but also in Namibia’s Renewable Energy Feed-in Tariff (REFIT) Program and other utility scale renewable power projects. “Namibia, as the gem of Africa, can ill-afford the same mistakes made by the Region in terms of crisis management in the power sector, due to its already small, by comparison, and fairly fragile economy. Standard Bank is thus proud to be associated with the recent developments in the country, specifically the drive towards self-sufficiency and security of supply in the Electricity Supply Industry,” concluded Triebner.
Source: AllAfrica