New Ministers – what does this mean for the energy sector 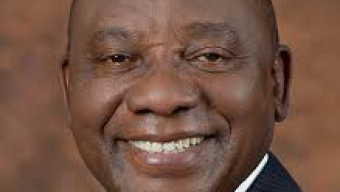 Yesterday – in a late-night cabinet reshuffle that was anticipated by many, and has been far more welcome than any of the previous three reshuffles – President Ramaphosa made a number of significant changes to his cabinet. Some of the moves of particular interest to the Southern African Faith Communities’ Institute (SAFCEI) and their anti-nuclear partners, were those of the Ministries of Energy, Finance and Public Enterprises.

Liziwe McDaid from SAFCEI says that the change of Energy Ministry comes as a huge relief, since the outgoing Minister seemed relentless in his pursuit of nuclear. She adds that as an institute of faith, SAFCEI believes that ethical governance must underpin all government decisions. Tomorrow (Wednesday) morning from 7-9am, SAFCEI and partners will hold their final vigil in front of Parliament – with the hope that the new cabinet signifies that South Africa’s nuclear madness is over.

“It was commonly believed that the former Minister of Mining and Minerals, Mr David Mahlobo was strategically cast in the role of Energy Minister, with the intention that he would – in his allegiance to ex-President Zuma – push through the nuclear deal. Though short-lived, the Mahlobo era was largely characterised by smoke and mirrors. First he claimed that nuclear was always going to be in the mix, then he claimed that the electricity plan or integrated resource plan (IRP) had been approved by cabinet, despite there being no formal confirmation of this.”

Towards the end of 2017, SAFCEI and Earthlife-Africa Johannesburg (ELA-JHB) were forced to go back to court – after winning the nuclear court case in April – to ensure that the Minister did not try to circumvent an earlier court decision which ruled that the nuclear deal was unlawful and unconstitutional.

What we expect now, is a renewed IRP that promotes and paves the way for a smooth and innovative transition to the just energy future we deserve. The first step would be to promptly update the draft IRP to reflect the dramatic drop in the costs of renewable energy technology over the last two years. This should be followed by a period that allows for meaningful public consultation, after which the final draft of the IRP is then gazetted.”

“SAFCEI welcomes Minister Radebe into the energy portfolio and looks forward to the inclusive development of an energy plan that will serve the interests of the people of South Africa and not only the vested interests of a few. It is important that ethical governance and sustainability should underpin all development decisions going forward.”

The organisation also commends putting Minister Nene back in charge of Finance, particularly since he stuck to his guns – to his professional detriment – and could not bullied by the former, corrupt administration (and according to news reports, the Guptas) into funding unnecessary nuclear energy.

Minister Gordhan being appointed to the Public Enterprises portfolio, is also viewed as a very positive move, particularly since Eskom and other parastatals have been allowed to run amok over the past eight years.

“We hope to see a turnaround in how Eskom is managed and also the role it aims to play as we transition to just energy solutions. We hope that Minister’s experience and commitment to the people of the country, will ensure that he maintains an eagle eye on this very important player in our economy.”