Is Nuclear The Latest Energy Fad In Africa? 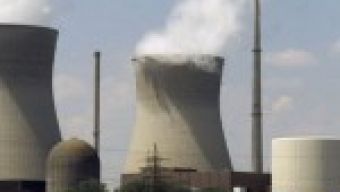 In the past 6 weeks, at least four potential nuclear deals have been initiated in three African countries. Understandably, the power situation on the continent has reached a tipping point where the private and public sector are making persistent efforts to boost power production in a sustainable fashion; and nuclear energy is gaining prominence among their list of options.

South Africa, which already has one operational nuclear plant, has initiated two nuclear deals, one with Russia and the other with France. It appears, just like Tanzania, South Africa will be pursuing an energy mix where it will leverage different energy sources but in its case, nuclear energy will play a prominent role.

In North Africa, Algeria is en route to deploying the nuclear option, and reports confirm that the objective is to achieve this before 2029.

“Nuclear energy is not for soon, but we cannot ignore that it is a capital energy industry, likewise the other resources, devoted to our energy efficiency and our economic development. We are now preparing the experimental reactors and investing in the field of human expertise to reach this goal,” said Youcef Yousfi, Algerian Minister of Energy and Mines, recently at an International Conference of Gas Industry in Algeria.

Also on the list of leaders eyeing the nuclear option is Governor Babatunde Fashola of Lagos, Nigeria who recently revealed plans to power the Lekki Free Zone with Nuclear Energy. In his words; “We spent over two hours at the Executive Council meeting deliberating on Nuclear Energy for the State and how it could be deployed into use. That shows you how we intend to address issues of power in the State. In less than three years we can establish it, especially when we need not do distribution, but places like the Lekki Free Zone can have the Nuclear Power between 15 and 24 months. No option is off the table as we move forward in our strive to solve the power challenge for the State.”

As nuclear energy usage gathers more traction in Africa, it might be useful to ask; Is Africa ready for a proliferation of nuclear power plants? Are there other pre-requisites that should be in place before we begin exploring the nuclear option?

A nuclear power plant is very similar to a thermal plant, just that the heat source is a nuclear reactor. In principle, the enormous heat produced by the nuclear reactor drives a turbine which produces electricity by driving a generator. This technology has been in use since 1956 since the first full scale power plant became operational in England; before then, electricity was generated in smaller dimensions in the United States.

There are a number of benefits stemming from the use of nuclear power, all of which make economic sense. First off, going nuclear may be a serious step for countries that are particular about all forms of conservation. Nuclear energy, by far, has the lowest impact on the environment since it does not releases any gases like carbon dioxide and methane, two of the usual suspects responsible for the greenhouse effect. Typically, there is no adverse effect on water, land or any habitats due to the use of it, except of course, in the case of spillages from the plant.

In terms of cost structure, the highest component will be the initial fixed costs that go into setting up the plant, after which the variable costs for running and maintaining the plant are moderate; and the plant can last for up to 60 years if properly maintained.

Of course, the plant is more reliable than conventional renewable energy sources since it doesn’t depend on the sun, winds or rains. The supply of energy is continuous, and the raw materials need not be present in huge quantities for significant amounts of energy to be produced. It is said that the energy released from about 28 grams of Uranium is commensurate with that from 100 metric tons of coal; and the cost of nuclear fuel may be as low as 20 percent that of the energy produced.

Despite these advantages, the problem of radioactivity and accidental spillages remains and is a real threat, and this should be a key consideration for the African continent which may not yet have a sufficient number of skilled manpower to operate and maintain such plants. According to the United States Environmental Protection Agency standards, the waste from nuclear plants has to be looked after for several thousand years because of the adverse effects it could pose to all forms of life.

Also, it takes time to build such power plants; in Western regions, it could take as much as 20-30 years to set one up from scratch. If a terrorist attack were to be targeted at such plants after construction, the effects would be phenomenal and nothing short of devastating.

The Chernobyl and Fukushima nuclear accidents are two cases that readily show how destructive such a potentially useful nuclear plant can be. Currently, there is global average of one serious nuclear accident every eight years based on the frequency of such accidents in times past.

When all this is put in the African context, a continent still grappling with human capital development and infrastructure challenges, the prospects of success for such technological endeavours seem bleak despite the huge benefits crackable from its deployment.

Each African government seeking to install nuclear facilities would, therefore, need to carefully examine its unique situation and make smart decisions that will favour its country in the short, medium and long term.