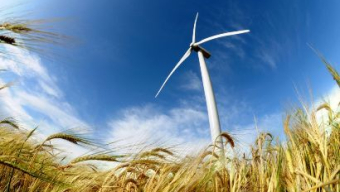 The study assesses the impacts of green investments in four of the country’s key economic sectors: agriculture, energy, transport and natural resource management.

Improving the management of natural resources and investing in the environment could increase South Africa’s crop yields by almost a quarter, create170,000 additional jobs, and significantly increase the availability of water, compared to current practices.

These are among the key findings of a new report released today by South Africa’s Minister of Water and Environmental Affairs Edna Molewa at a ceremony,which also launched a new community based Green Fund Project in the uPhongolo Local Municipality.

The study assesses the impacts of green investments in four of the country’s key economic sectors: agriculture, energy, transport and natural resource management.

Based on the government’s current targets and expenditures, the report identifies possible opportunities for achieving government targets in each of these four sectors.

The report finds that a green economy approach – such as investing in low-carbon technologies, green buildings, and renewable energy – can create more jobs than a business as usual approach, while supporting the same level of economic growth, yet with lower emissions of greenhouse gases and less environmental damage.

However, based on a green economy, target-specific scenario, it also confirms that additional investment may be needed to meet the country’s growth target stipulated in the National Development Plan of 4 to 7 per cent rise in GDP per year between now and 2020.

“South Africa is committed to pursuing and exploring opportunities in its transition to an inclusive, low-carbon, resource-efficient green economy,” said Minister of Water and Environmental Affairs Edna Molewa. “This study demonstrates that a green economy approach, which takes into account the country’s economic, social and environmental aspirations, can deliver as much growth as a business-as-usual model but in a more sustainable manner. The report’s findings will help guide the country’s future policies and investments, as it work towards achieving its sustainable development and poverty eradication goals.”

Some key findings in the report include:

– Investment in a green economy can contribute to 46 per cent more restored land by 2030, and greater water availability, without reducing land required for the agriculture sector. In addition, it could create jobs for 737,000 people compared to 568,000 under a business-as-usual scenario.

– In the agriculture sector, investment in ecological practices could increase crop yields by as much as 23.9 per cent by 2030, while avoiding further CO 2 emissions. However, the report states additional land for agriculture would still be required to meet the needs of the projected population growth.

– Green investment in the transport sector is currently insufficient to meet the country’s 2005 energy efficiency goal of 9 per cent by 2015. However,under a green economy scenario, efficiency improvements could reach 5.5 per cent by 2030, partially offsetting the projected growth of population and GDP.

– Applying the green economy model in the energy sector could result in a reduction in energy demand, while increasing the country’s electricity diversification mix, but it still falls short of the National Development Plan goal to have 33 per cent of country’s electricity demand covered by renewables by 2030. Thus, a more aggressive investment strategy is needed to meet this target.

With regards to employment, the report finds that job creation is dependent on the investment option chosen. For example, if investment in the energy sector is prioritized, it could create the most jobs. But if green investments are spread equally across all sectors, then the agriculture sector has the most potential for employment creation.

“This report is evidence of South Africa’s green economy leadership as it continues to seek new information that will help guide its forward-thinking programmes and policies,” said UNEP Executive Director Achim Steiner. “By undertaking this modelling exercise, South Africa is also contributing to the global discussion on how countries can measure progress towards their sustainable development aspirations.”

The study was commissioned by UNEP at the request of South Africa’s Department of Environmental Affairs, with technical assistance from the Millennium Institute and the Sustainability Institute, in collaboration with the Centre for Renewable and Sustainable Energy Studies of Stellenbosch University.

Funded by the European Commission, the United Nations Development Programme supported stakeholder consultations and capacity building activities related to the implementation of the project.

South Africa is one of over 30 countries currently availing of UNEP’s Green Economy Advisory Services. The support package consists of policy advice,technical assistance and capacity building provided to governments in support of their national and regional initiatives to transform and revitalize their economies.