SA ‘needs more locals playing the field’ in RE 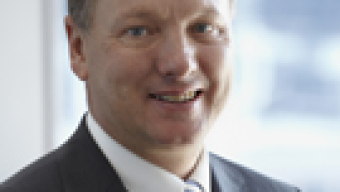 SOUTH Africa must keep an eye on the level of foreign investment in the local renewable-energy industry, a Business Day Dialogue on the sector heard in Johannesburg on Thursday.

The Department of Energy has embarked on an aggressive campaign to increase the number of independent power producers in the country through its renewable energy procurement programme. The third round of procurements for the programme has just ended.

Speaking on Thursday at the Dialogue, which was jointly hosted with Nedbank Capital, Johan van den Berg, CEO of the South African Wind Energy Association, said that up to now the foreign investment had been extremely useful.

“It took South Africa a long time to climb on the renewable-energy wagon and it was a slow and painful process until 2009,” he said. “When the Department of Energy opened its programme, that’s when we saw foreign sophisticated companies with money and experience coming into the county to invest and to establish the sector.”

Mr van den Berg added that the skills and experience of these foreign companies helped South Africa bypass many of the problems experienced by other countries developing their renewable-energy industries.

“Up to this point, the third round of procurement, the locals have been doing okay,” he said. “The big winners so far have been from foreign investment. We would like to see more locals playing the field.”

Most of the investment so far has been in solar energy and wind-powered projects. Not many investors have taken up biomass, biogas and landfill gas projects.

“The investment might be foreign but there has been some good local economic development. You’ll find that any one of these projects will require no less than 25,000 people on the site for construction,” she said.

“There are projects that are under construction at present that are way ahead of the schedule as well, which has been good for our credibility and image,” Ms Magubane added. “There aren’t many that are running yet but the first few should be up soon and we hope they will yield the power that we think they should.”

Another 17 clean-energy projects worth R33bn have been approved, potentially adding 1,471.5MW to the national grid, the government announced this week.

The independent power producers programme’s third window will also see renewable energy costs fall. Average prices for power generated from wind, which has received the bulk of the allocation, have fallen from R11.43/kWh in the first round to R6.65/kWh in the third, still double the R3.87/kWh Eskom spent last year.

The 17 preferred bidders, from among the 93 bids received, were announced by Energy Minister Ben Martins, who said the projects would contribute R4.4bn to socioeconomic development.

The programme is a public-private partnership that forms part of the drive to alter South Africa’s “energy mix” under which Eskom, backed by the Department of Energy, commits to buy electricity from private entities through power purchasing agreements.