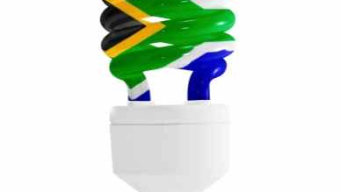 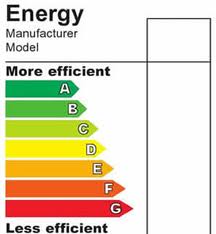 The South African Bureau of Standards (SABS) has introduced a product labeling standard for electrical and electronic appliances, including dishwashers, all white goods and televisions.

Product labeling for energy efficiency, will assist the consumer when making a purchase or renting an appliance on the performance over the lifespan of the product.

To date, few products in South Africa carry such a label and typically what labels are to be found are on imported on goods which carry the EU energy label, which rates products from A (the most efficient) to G (the least efficient).  By European law, EU Directive 92/75/EC, the label must be shown on all refrigeration appliances, electric tumble driers, washing machines, washer dryers, dishwashers, electric ovens, air conditioners, lamps and light bulb packaging.

Some appliances are given double A or even triple A ratings. This is because they have two or three different energy using functions that need to be measured. For example a washing machine can be rated A for energy consumption A for wash quality and A for spin. Tumble dryers are energy inefficient so it is unlikely to find one in the marketplace with an A rating for energy consumption.

Fridges on the other hand, under a new EU Directive have a revises criteria for A+ fridges as the refrigerant utilized varies and can have a significant global warming potential depending on the manufacturing process and agents used.

The use of energy has a direct impact on Greenhouse Gases. In South Africa, buildings use 5% of water nationally, consume 40% of the energy, have 23% of the total GHG emissions and generate 40% of the waste.

South Africa is by far the worst polluter in Sub-Saharan Africa, not only due to the larger population and economy, but also in terms of emissions per GDP.

SA’s energy is mostly generated by the burning of non-renewable fossil fuels which is by far the country’s highest emitter of GHG’s. As per 2006 data, the residential sector alone consumes 17% of total Eskom generation output, equivalent to the mining sector. Therefore, designing and building energy efficient buildings and applying energy saving technologies on the operation of them can have a significant effect on energy consumption and thus emissions.