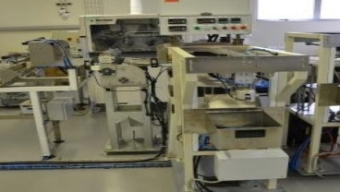 The prototype is a collaborative effort between the Department of Science and Technology through the HySA Systems Centre of Competence based at the University of the Western Cape and Impala Platinum (Implats) through its Impala Refineries in Springs.

Over the past three years, Implats has provided HySA Systems with funds of R6 million to enable the prototype development. Implats plans to use hydrogen fuel cell technology as its main source of energy for material handling and underground mining equipment.

Speaking at the event, Minister Pandor said fuel cell technologies had the potential to provide access to affordable, safe, clean and reliable energy, which is necessary for broad-based economic development and growth in the country.

“While the fuel cell market is still in its infancy in South Africa, recent developments indicate a growing appetite for the technology,” Minister Pandor said.

She said South Africa had started to make a number of bold moves that could see it leapfrog into being one of the leading countries in hydrogen fuel cell technology installations in the short to medium term.

“South African scientists are increasingly leaders in research into the developmental imperatives of our society – finding innovative solutions to rural development, tackling the problems of gender equity in the home and at work, and looking for new research opportunities to support sustainable growth.

“South Africa has an abundance of renewable energy potential. It have some of the best conditions for solar energy in the world, and sufficient wind-energy potential to provide us with our energy needs,” the Minister said.

Developing a viable fuel cell industry in South Africa has several advantages for the country such as economic development, sustainable job creation and social good.

As the world’s largest platinum-supplying region there is a guaranteed supply of the metal as well as the potential to increase in global platinum demand.

Implats Chief Executive Officer Terence Goodlace said the development and implementation of the technology provides an important opportunity for South Africa to play a role in reducing global greenhouse emissions – diminishing urban pollutants and contributing to reduced health care costs and an improved quality of life.

The benefits of the metal hydride technology include much longer operational times between refuelling, contributing to a significant increase in productivity.
In contrast, diesel and electric-powered forklifts are refuelled daily, affecting productivity negatively.

The onboard metal hydride storage also allows for the forklift to operate at a low pressure (180 bar), which increases safety, as opposed to most fuel cell vehicles, which operate at 350 bar, requiring a high pressure hydrogen compressor.

Typically, these compressors have challenges with high service costs, safety and reliability.

In his State of the Nation Address in February 2015, President Jacob Zuma announced the Nine-Point Plan to boost economic growth and create much-needed jobs.

The Nine-Point Plan serves as a response to the slow growth of the South African economy.

In that regard, Government and public agencies have invested over R1 trillion in infrastructure between 2009 and 2014.

The investments are in energy, road, rail, ports, public transport, bulk water and sanitation, hospitals, basic and higher education infrastructure, and innovative projects such as the Square Kilometre Array and Meerkat telescopes.

HySA Systems is one of three centres of competence established by the Department of Science and Technology under the Hydrogen and Fuel Cell Technologies Research, Development, and Innovation Strategy, the objective of which is to use local resources to develop high-value commercial activities in hydrogen fuel cell technologies.

The ultimate goal of the HySA Strategy is to enable South Africa to supply 25% of global platinum group metal-based catalyst demand by 2020.

“Fuel cell-powered forklifts are gaining significant traction worldwide, and are now entering mainstream commercialisation. However, the limited availability of refuelling infrastructure, coupled with the challenge of finding the most appropriate on-board hydrogen storage technology, remains a big challenge.

“Through this demonstration project, HySA Systems has addressed both challenges through the use of a novel metal hydride material for both hydrogen compression and storage,” said Dr Cordellia Sita, Director of HySA Systems.