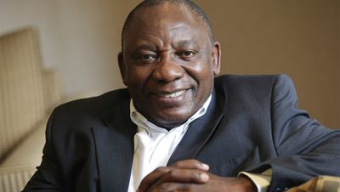 The sector is still recovering from an extended procurement hiatus, which was finally ended by the President shortly after taking office in 2018.

“In his address the President has provided clarity on two issues of major concern to the SA energy sector: A firm commitment to investment growth in clean energy and that of Eskom, paving the way for necessary fair market access job creation and GDP growth,” she said.

According to Ramaphosa, the government will immediately embark on a process of establishing three separate entities at Eskom, made up of “generation”, “transmission” and “distribution” under Eskom Holdings as a vital step towards procuring for the country “smarter, cleaner and more affordable energy” and facilitating a managed energy transition that is just, credible and sustainable.

“To ensure the credibility of the turnaround plan and avoid a similar financial crisis in a few years’ time, Eskom will need to develop a new business model,” Ramaphosa said. “It is imperative that we undertake these measures without delay to stabilise Eskom’s finances, ensure security of electricity supply, and establish the basis for long-term sustainability.”

Martin said that the move will open the way for the procurement of new renewable energy underpinned by policy certainty. “This is a welcome change from stop-start procurement over the past three years, which has inhibited investment, jobs and growth in the sector,” she said.

“We appreciate government’s continued commitment to addressing Industry’s concerns in relation to the need for consistent policy direction that is demonstrated through implementation.”

Renewable energy has, to date, invested close to R202bn (24% of which is foreign direct investment) in the South African economy. It has contributed 26 840 GWh to the national grid and created about 36 500 jobs – with the potential to create many more, continued Martin.

“We are reassured that government appears to have recognised this strong performance from renewables and chosen a policy path that seeks to optimise their investment potential – specifically with regards to job creation and GDP growth,” said Tebogo Movundlela, Chairperson of SAWEA.

Through smoothed allocation of 1.5 GW of wind per annum between the years 2021 and 2030, the country can expect a total GDP impact by the wind industry alone of approximately R200bn by 2030 along with the realisation of over 70 000 jobs (from construction, operations and maintenance).

“The Industry continues to support the President’s call to Thuma Mina, part of the hope for a season of renewal, restoring the integrity of our institutions and addressing inequality,” said Movundlela.

“SAWEA and its members have consistently achieved and gone beyond compliance and have enormous confidence in the future of South Africa. Despite the policy uncertainty created by stop-start procurement in previous years, the industry has proven its capacity to deliver built programmes on time and within budget, and that it has the capacity to take on upfront risk and debt on its own and then rely on power purchase agreements over a twenty-year life span.

“We are demonstrated social partners to government and will continue working in partnership to remove the constraints to inclusive growth through growing levels of investment and building a thriving energy sector in this country,” she concluded.