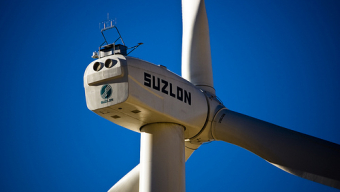 Construction on what will be the continent’s biggest wind farm, the Cookhouse wind farm in South Africa’s Eastern Cape province, is under way, with the first batch of giant turbines having arrived at the Port of Ngqura outside Port Elizabeth.

The 138.6 MW Cookhouse wind farm was the biggest project selected in the first round the South African government’s renewable energy procurement programme for independent producers.

Indian wind turbine manufacturer Suzlon Energy and its partner on the Cookhouse project, South African company African Clean Energy Developments, were one of 28 independent power producers that signed contracts with the government in December for the first round of the programme, which will see an initial 1 400 megawatts of renewable energy being added to South Africa’s energy mix, while bringing an estimated R47-billion in new investment into the country.

Engineering News reported on Monday that the first batch of 16 44-metre-long wind turbine blades had arrived at the Port of Ngqura.

Suzlon, announcing in February that construction had begun on the wind farm, said it would be providing 66 turbines with a combined installed capacity of 138.6 MW for the project, which covers over 9 000 hectares and is located about 150km north-east of Port Elizabeth.

According to Engineering News, the farm is expected to start supplying power to South Africa’s national electricity grid by the second quarter of 2014 – providing enough energy to power about 145 000 low-income homes.

African Clean Energy Developments MD Thomas Donnelly said in a statement in February that the start of construction on the Cookhouse wind farm “marks a major milestone for independent power producers in South Africa.

“The successful implementation of such projects will not only result in a cleaner energy base for South Africa, but will help to empower rural communities through job creation and community ownership of projects.”

The Cookhouse Wind Farm Community Trust, whose beneficiaries are the local communities of Cookhouse, Bedford and Somerset East, holds 25 percent equity in the project.