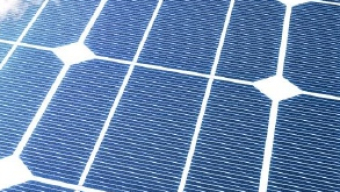 Eskom’s on-going scapegoating of renewable energy as the reason behind its financial woes shows a lack of vision, particularly in the light of the urgent need to develop new jobs beyond the coal industry.

Instead, the utility should be leading the country into a greener, more equitable energy future which will help South Africa both create new, cleaner jobs and meet its international obligations to the Paris agreement, which is aimed at urgently limiting the most damaging aspects of climate change.

The transition of jobs from the coal industry has long been a critical area due to increasing levels of automation while the closure of ageing coal stations has been on the cards for years.

This week, in her report to the parliamentary portfolio committee, Public Enterprises Minister Lynne Browne once again cited cost as one of the reasons for Eskom’s reluctance to sign renewable energy agreements with independent power producers. However, she failed to sketch the bigger picture surrounding the decreasing price of renewable energy versus the rising environmental cost of coal.

The government also has an important role to play in ensuring that the transition to a low carbon economy is equitable by assisting in skills development for the renewable industry and mandating that coal mines and plants have an end-of-life policy that ensures that such training is available for their workers.

In terms of their agreements, the independent power producers (IPPs) are required to provide jobs and to share ownership with local communities, compared to the coal mines and power stations where no such requirement exists. As a consequence the IPPs have provided far better socio-economic development gains than the coal industry.

In another argument, Eskom has blamed renewable energy for creating excess capacity with consequent job losses in the coal trucking sector. The truth is that renewables at best currently make up only around 4% of the total energy mix – and the vast majority of our energy still comes from coal, with new coal stations adding to this capacity. Rather, the utility currently faces a cash flow crisis and needs to claw back losses due to mismanagement detailed in the Denton Report.

Finally, the Hendrina, Kriel, Komati, Grootvlei and Camden coal stations, which are set to close, are among the oldest, thirstiest, dirtiest and most costly of South Africa’s coal power stations. (Camden and Grootvlei were previously mothballed and then revived to deal with the 2008 electricity crisis). As aging coal plants reach retirement age, the most cost-effective replacement would be renewable energy.

As a consequence of Eskom’s continued reluctance to back renewable energy, WWF South Africa is asking South Africans to sign a petition to the utility as part of this year’s Earth Hour campaign.

Since 2016, Eskom has refused to sign further contracts under the Renewable Energy Independent Power Producer Procurement Programme (REIPPPP) which would put more renewable energy on the grid. Instead, the utility is resolutely pursuing an electricity programme that relies heavily on coal and is actively promoting an unaffordably expensive and environmentally questionable nuclear build.

Ultimately, South Africa should be aiming for 100% of our energy to come from renewable sources if the country is to honour its climate action commitments to the Paris Agreement. Renewable energy will not only reduce carbon emissions, but can also be scaled up and deployed quickly to match the country’s need for energy – far quicker than large coal and nuclear new builds.

Some renewable energy can already supply cheaper electricity than the newest coal power plants. The cost gap will only increase in the future, with renewables getting cheaper and coal likely to get more expensive.

Dr Morné du Plessis, CEO of WWF South Africa, commented: “In order to avoid the extreme impacts of runaway climate change, we need to reduce our carbon emissions urgently by introducing more renewable energy into the energy mix. Yet, the bulk of South Africa’s carbon emissions come from electricity generated by fossil fuels such as coal and oil. This has to change.

“We know that Eskom has the power to unblock this hold-up, and thus enable all the socio-economic and environmental benefits that will result from the renewable energy programme. By signing this petition, South Africans will be calling on the utility to exercise this power for the greater good of all.”

We urge all supporters to visit the website at www.WWF.org.za/earthhour to sign the petition before Earth Hour which takes place on 25 March 2017 between 8.30pm and 9.30pm this year.

Distributed by APO on behalf of World Wildlife Fund (WWF).