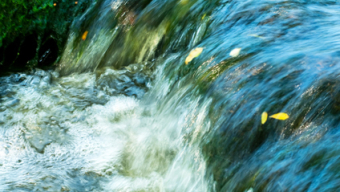 The time to act against marine pollution is today, March 22 and World Water Day 2017; tomorrow will be too late.

This is the opinion of South African National Bottled Water Association executive director, Charlotte Metcalf, who points to statistics quoted by organisations like Greenpeace and the World Wildlife Fund to highlight the dangerous levels of marine pollution and who, together with her member bottlers, are striving for responsible corporate citizenship.

The bottled water industry is a relatively small user of PET; estimates put its usage at less than 5%. Please refer to Plastics|SA3 and PETCO4 for specific figures regarding plastic usage and recycling.

World Water Day is held annually on 22 March as a means of focusing attention on the importance of freshwater and advocating for the sustainable management of freshwater resources.

An international day to celebrate freshwater was recommended at the 1992 United Nations Conference on Environment and Development (UNCED). The United Nations General Assembly responded by designating 22 March 1993 as the first World Water Day.

According to National Geographic, pollution is “the introduction of harmful contaminants that are outside the norm for a given ecosystem. Common man-made pollutants that reach the ocean include pesticides, herbicides, chemical fertilizers, detergents, oil, sewage, plastics, and other solids.”

“Several sources – including the National Ocean Service  – say that over 80% of marine pollution comes from land-based activities. From plastic bags to pesticides – most of the waste we produce on land eventually reaches the oceans, either through deliberate dumping or from run-off through drains and rivers,” she said.

“As an industry that utilises plastic and glass, the bottled water industry in South Africa is very concerned with the solid rubbish that makes its way to the ocean. Plastic bags, balloons, glass bottles, shoes, packaging material – if not disposed of correctly, almost everything we throw away can reach the sea.

“SANBWA therefore acknowledges, respects and supports all attempts to draw attention to the pollution of the earth’s marine resources but also urges that humans – as individuals, communities, governments, and corporations and other organisations – have a major role to play in curtailing this pollution.

“If we humans dramatically changed our behaviour so that we don’t litter, we recycled as much of our waste as possible and, in our positions of power such as politicians and directors of companies, our took decisions that did not have far-reaching negative consequences for the world’s health (such as dumping hazardous waste, for example) – it would have a significant positive impact on levels of pollution,” she said.

As a responsible corporate citizen, SANBWA is making certain its members play their part in reducing plastic waste, and is able to stand side-by-side with organisations like Greenpeace when they highlight where society is falling short in theirs.

Metcalf explained: “SANBWA was formed in 1997. Its members’ primary concern is the health, safety and pleasure of their consumers. They therefore willingly conform to the extremely stringent safety and quality measures contained in the SANBWA Bottled Water Standard1, which includes environmental stewardship2.

“In addition, as an organisation, SANBWA was among the first worldwide to require its members to follow specific recycling guidelines. In this respect, it was advised by PETCO in South Africa (the local plastic industry’s first joint effort to self-regulate post-consumer PET recycling).

“In this respect, it expects members to only support PET bottle suppliers which contribute to the PETCO recycling levy; establish a drop-off centre for the public at the bottling facility and all distribution centres; add the ‘please recycle’ sign on all labels; and use recycling friendly materials or recycling optimal materials as stipulated in the SANBWA Bottled Water Standard and published on www.sanbwa.org.za/environ_pet.asp or on www.petco.co.za/ag3nt/media/set_999699/Petco_Design_Fact_Sheet.

“PETCO are currently fine-tuning a ‘design for recycling grading system’ which SANBWA fully supports to ensure that members’ packaging is easy to recycle and does not end up on landfill because of one small component – the type of glue used to fix the label, for example – that is undesirable for the recyclers’ process and therefore rejected.

“Importantly, SANBWA formally audits its members’ compliance with respect to environmental stewardship. It will soon also audit non-members, and inform these bottlers when or if they find any shortfalls in their packaging, and suggests changes. Bottled water bottlers – whether they are SANBWA members or not – must remember that extended producer responsibility is a legal requirement for doing business in South Africa.

“Finally, SANBWA also regularly reminds consumers of the need to manage their litter and recycle. This is achieved through media releases like these as well as supporting relevant international events (such as International Coastal Clean-Up Week), and sharing notice of and success of initiatives on its social media channels.

“SANBWA’s key message is a dual one: ‘Water — in all its forms — is a vital component of our diet, as well as the healthiest beverage option for societies plagued by diseases such as obesity and diabetes.

“When tap water is unavailable or unsafe to consume, bottled water is the best packaged beverage option for the environment; it has the lightest environmental footprint of all packaged beverages — one that can be reduced by 25% if consumers were to simply recycle the bottle,” Metcalf concluded.

Cost of membership includes commissioning of a range of independent specialists to certify members conform to very strict standards of quality, safety and efficiency of manufacture. Membership is only granted after all critical requirements have been met, including displaying specific information on their product labels for the consumer’s benefit. In addition, a pre-requisite for membership is certification by a professional hydrogeologist that the water source is safe and free from existing or potential pollution. This ensures a long term permanently safe source of raw material for natural spring or mineral water.

Bottled water companies are reducing their environmental footprint by using lighter weight plastics. Bottles currently weigh 27% less than they did seven years ago. The bottles, made from PET, a by-product from oil-manufacture, are 100% recyclable. Alternative packaging solutions, such as recycled content, are also being developed and used. The bottled water industry financially supports comprehensive recycling programs and partners with the recycling industry such as PETCO. SANBWA also requires members to use recycling friendly materials in their packaging material.

PETCO was formed 12 years ago as an industry-driven and financed environmental solution for PET. It is responsible for managing the PET industry’s extended producer responsibility (EPR) in South Africa. These are its key figures for 2015, updated in April 2016: