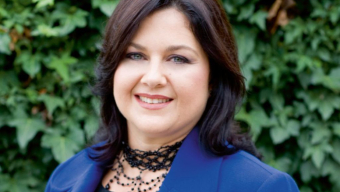 More than a quarter of the world’s population – about 2.1 billion people – lack access to clean water, according to a report released this month1 by the World Health Organisation and UNICEF.

The report, ‘Progress on Drinking Water, Sanitation and Hygiene 2017’,  presents indicators and baseline estimates for the drinking water, sanitation and hygiene targets within the WHO’s Sustainable Development Goals (SDGs).

It also introduces the indicators of safely managed drinking water and sanitation services, which go beyond use of improved facilities, to include consideration of the quality of services provided.

One of the graphics included in the report ranked countries according to accessibility, availability and quality of drinking water. Heading the leader board were Singapore, San Marino, New Zealand, Monaco and Liechtenstein. Bring up the rear were Mexico, Congo, Pakistan, Bhutan, Ghana, Nepal, Cambodia, Nigeria, Ethiopia and – in last position – Uganda.

“The JMP estimates that 5.2 billion people used safely managed drinking water services in 2015. National estimates were available for 96 countries, and the coverage in these countries ranged from 6% to 100% of the national population.

“According to the report, one in five countries (or 15 countries) below 95% coverage is on track to achieve universal basic water services by 2030. Progress is too slow in 68 countries for universal access by 2030 and, sadly, basic coverage is decreasing in 10 countries.

“The JMP only produces national estimates when data is available for at least 50% of the population. Unfortunately, there was inadequate data coming out of South Africa, and our country therefore did not feature in the report.

“However, we know that consistent and convenient access to safe drinking water is a major concern for many of South Africa’s citizens. Achieving this – and ensuring that our water sources are not exploited – must be a national priority for Government and the private sector,” she said.