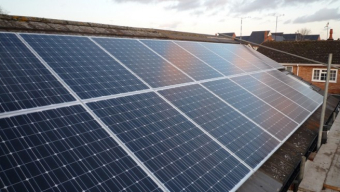 The certification establishes that the carbon emissions avoided from the solar facilities are real, verifiable and permanent.

The successful registration of the three solar energy projects under the company’s Global Program of Activities (PoA) means that the UNFCCC will issue Certified Emission Reductions (CERs) attributable to the power plants. The CERs can be used by buyers to offset their carbon emissions.

In order to receive the UNFCCC certification, solar projects must be registered before they become operational. The three power plants are located in Mali, Burkina Faso and Ghana.

Established in 1994, the United Nations Framework Convention on Climate Change (UNFCCC) is tasked to limit the damage caused by human activities to the earth’s climate system. The nations that signed the Convention meet annually at the Conference of Parties (COP), which culminated in the Paris Agreement during COP 21 in 2015.

Last year, following approvals from the Governments of Mali, Burkina Faso and Ghana, Scatec Solar signed an agreement with the Norwegian Ministry of Climate and Environment for the sale of CERs from these three projects.

Scatec Solar aims to expand its PoA to include new projects in several other countries that can be certified by the UNFCCC for carbon emissions avoided. The company’s projects in Egypt and Nigeria are currently undergoing the validation process, a prerequisite for UNFCCC registration.

Scatec Solar’s three operating projects in South Africa are registered under the country’s Renewable Energy Program, while the project in Honduras is registered for the International Renewable Energy Certificate (I-REC). The I-RECs can be purchased by a range of buyers, including Governments, public and private sector companies.

In 2016, over 650,000 tons of carbon emissions were avoided due to the clean solar electricity generated by Scatec Solar’s plants worldwide.