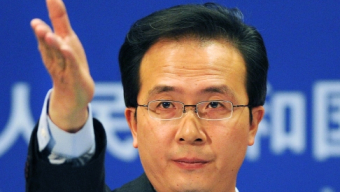 A secret intelligence cable said Chinese spies were suspected of breaking into a nuclear research facility in South Africa in 2007, it was reported yesterday.

The file dating from December 2009 said the break-in at the Pelindaba nuclear research centre – where apartheid South Africa developed nuclear weapons – was carried out by four armed and “technologically-sophisticated criminals” and was attributed by South African intelligence to an act of state espionage, The Guardian reported. At the time officials publicly dismissed the break-in as a burglary.

Foreign intelligence agencies had been “working frantically to influence” the country’s nuclear energy expansion programme, the file said, identifying US and French intelligence as the main players.

But due to the “sophistication of their covert operations”, it had not been possible to “neutralise” their activities, according to the purportedly secret cable, one in a trove of South African intelligence documents published this week by The Guardian and Al-Jazeera news organisations after allegedly being leaked.

Several spy agencies were reported to have shown interest in the progress of South Africa’s Pebble Bed Modular Reactor.

According to the newspaper, the file said thefts and break-ins at the PBMR site were suspected to have been carried out to “advance China’s rival project”. It added that China was “now one year ahead … though they started several years after PBMR launch”.

In Beijing, Foreign Ministry spokesman Hong Lei said it was not aware of the report, adding: “China and South Africa continues to have friendly relations”.

South Africa’s government is scrambling to deal with the fallout of the worst intelligence leak in its two-decade-long democratic history.

The State Security Agency (SSA) remained tight-lipped, but the main opposition party, the Democratic Alliance (DA), called for an urgent briefing to parliament, saying the exposé was likely to cause “considerable embarrassment” to the agency.

The DA called for the parliamentary joint standing committee on intelligence to be briefed on whether it was likely to reveal any wrongdoing on the part of the SSA.

It also warned that the leak could be used as an excuse to press ahead with “draconian” legislation that campaigners say could have a chilling effect on whistleblowers and journalists.

David Maynier, the shadow deputy minister of state security, said: “There’s no doubt this leak is going to be deeply embarrassing. It’s too early to say for sure, but it could damage relations between the SSA and other foreign intelligence services that have been affected. It’s likely to erode the credibility of the SSA.”

The DA noted that the revelations so far include classified reports entitled Operational Target Analysis of Iran, from 2010, and Iranian Intelligence Activities in Africa, dated 2012.

Maynier said the documents showed there that there had been a internal conflict in the SSA over dealing with Iran. “Most worryingly, they show Iran was introduced to some high-end technology companies. I was shocked to see that.”