Daylight saving may be key to security of power supply 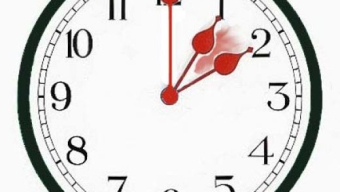 IT IS often said that South Africa should be more prepared to “think outside the box” in tackling some of its challenges. Energy conservation is clearly one of them and already a range of innovative measures are available to save energy.

Yet, with Eskom again facing an emergency in power supply, and having to impose cuts on energy-intensive sectors of the economy for a while, it is a struggle to keep the lights on. Eskom’s TV and radio warnings remind us almost daily how vulnerable the situation remains. For the foreseeable future, electricity supply in South Africa will stay within a tight margin, even though the economy is growing only at about 2% at present.

Every kilowatt of energy that can be saved becomes essential. Both public and investor confidence need the assurance of a more reliable supply of electricity.

The strain on electricity supply, especially if, in terms of the National Development Plan, the economy grows more rapidly in the years ahead, requires that we need now to think unconventionally. This is where the possibility of daylight saving comes into the picture as one additional option in the meantime to better manage the balance between electricity supply and demand in South Africa.

Daylight saving time is a change in the standard time during the “lighter” seasons, with the purpose of getting better use of daylight by adjusting the clock time of the rising and the setting of the sun, so that the evenings have more apparent daylight and the mornings have less.

It is not new to this country, as daylight saving existed in South Africa between 1942 and 1944 to assist the Second World War effort and to save coal.

At the time of the original 2008 power crisis in South Africa, the idea of daylight saving was again mooted but eventually was officially rejected. Yet the question now again arises whether it remains worthy of renewed investigation in light of the persistent vulnerabilities in power supply in the country.

The history of daylight saving globally has been long and controversial, and its acceptance from time to time has usually been prompted by energy crises and war.

Its general application goes back about a century, although it was originally suggested by the innovative US thinker Benjamin Franklin in the late 18th century.

The real practical and widespread application only came during the First World War, when it was adopted by Germany and it allies in 1916 to conserve coal during hostilities.

Many other countries followed suit at the time and several retained it once the war was over, as they felt daylight saving had other advantages. Nonetheless, the history of daylight saving time is dotted with implementations, adaptations and recantations, as and when circumstances changed.

Today, about 80 countries apply daylight saving in one form or another.

Most of them are concentrated in Europe and North America, with it being less applied across South America, Asia and Africa.

Only about half a dozen African countries have daylight saving time, mainly because of geographical, climatic or religious factors.

Most significantly, South Africa’s neighbour, Namibia, has successfully had daylight saving since 1994, which therefore merits study.

Various key arguments have, nevertheless, been raised for and against daylight saving time. The most important one for South Africa would be, of course, the prospect of energy saving at peak load times.

Even though experience elsewhere suggests the saving is usually not huge, it could be decisive. For South Africa, with persistently low margins in supply capacity, even a saving of 1% at peak times could make a difference as to whether the lights stay on or off.

Given the vulnerability of South Africa’s power-supply position, it would be worth investigating whether daylight saving could help to tip the scales favourably during these critical periods. Will it help to smooth the peaks, until new generating capacity is eventually assured? It is necessary to have a serious debate on whether the benefits of daylight saving would outweigh its drawbacks, and if positive, to decide which configuration or time zones would be in South Africa’s best interests.

Technically it is feasible, for example, to divide South Africa into two time zones, but such a decision cannot be taken on purely technical grounds, as there are wider issues to be interrogated. There will be winners and losers, so where does the balance lie regionally and sectorally? In South Africa, it is ultimately a national judgment call that must be assisted by empirical evidence based on credible research.

Farmers, for example, have always been totally opposed to daylight saving time for obvious reasons, but as agricultural methods have become modified by technological and social changes, many farmers in the world are either now neutral or even supportive of daylight saving time.

It is generally expected that groups such as retailers and businesses involved in the leisure sector will inevitably gain, as could tourism and other sectors that benefit from increased light in the evenings.

National surveys done in some countries estimate that turnover in the sectors that benefit rises significantly and that there is often a net gain in job creation.

Although daylight saving time can often be good for physical and psychological health, on the other hand, research suggests that it may disrupt sleep and reduce efficiency.

South Africa would also have to weigh what the consequences of daylight saving time, say by an adjustment of one hour, would be for workers who have to travel long distances to their place of employment and for the transport system.

Daylight saving is no magic wand. Yet we now need to explore the key trade-offs to decide how important energy conservation is to the economy. As in countries such as the US and Australia at state level, daylight saving time could possibly be decided provincially here, but a co-ordinated national approach is “first prize” in South Africa.

We need to ask whether the reintroduction of daylight saving for, say, a three-year period (like during the Second World War) would help South Africa to cope better with its emergency electricity challenges, as well as reinforcing the right message about energy conservation. Could it provide a valuable temporary bridge until power supplies ultimately become more secure?

It may turn out that daylight saving time for South Africa is just a chimera, but only a proper up-to-date study can provide that answer.

The best way to make a sensible policy judgment on whether to reintroduce daylight saving in South Africa or not is to appoint a top-level multidisciplinary task team to expeditiously investigate all aspects of the idea and provide a cost-benefit analysis of whether it is worth “thinking outside the box” here.