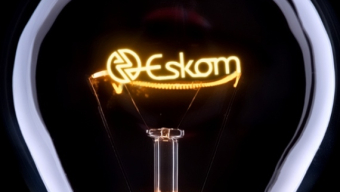 Eskom’s application to the regulator for a 20% tariff hike, plus the prospect of even higher costs as the utility seeks compensation for lower sales in previous years, demonstrates again that its current business model is unsustainable.

This is according to energy expert and UCT Graduate School of Business (GSB), Professor Anton Eberhard.

“Each year, Eskom sells less electricity (than the previous year) while its costs climb, causing it to seek steeper tariff increases – which in turn incentivises consumers to use less electricity,” said Eberhard. “This is the classic utility death spiral.”

“These pressures are not unique to Eskom. Across the world, electricity utilities are under pressure to adopt new business models and to reform to take advantage of technology innovation and shifting energy investments that are changing the game.”

According to Eberhard, these pressures are leading to a disruptive moment in the power sector where prices for renewable energy are falling fast and their share of electricity production is growing.

Eberhard cited a new report from the Massachusetts Institute of Technology’s (MIT) Energy Initiative, which shows that the need for proactive reform in the electricity sector is clear.

The MIT report aims to provide a balanced analysis of what the future holds for utilities. It states that smarter consumption of electricity and, where cost-effective, the deployment of distributed energy resources, could deliver billions of dollars in savings by improving the utilisation of electricity infrastructure.

The report notes that customers now face unprecedented choice regarding how they get their power and how they manage their electricity consumption, regardless of whether they are aware of those choices or are acting on them today.

“New opportunities include the ability to invest in distributed generation, smart appliances, and energy efficiency improvements. At present, the vast majority of power systems lack a comprehensive system of efficient prices and regulated charges for electricity services,” the report’s authors said.

“As a result, some customers are making inefficient investments and are overcompensated for the services that they provide to the power system. At the same time, many more opportunities that could deliver greater value are being left untapped because of inadequate compensation.”

The report also suggests that the structure of the electricity industry should be carefully re-evaluated to minimise potential conflicts of interest.

SA’s power utility, Eskom, has often been criticised for stifling competition in the sector and the development of independent power producers.

As buyer, generator and distributor, the state-owned entity wields enormous power and faces conflicts of interest, which in many instances blocks effective competition in the rapidly changing electricity sector.

“Utility business models of the future will need to find ways to use distributed energy resources such as rooftop solar, fuel cells and batteries to improve the operational efficiency and reliability of the grid. This calls for utilities to be aware of and responsive to the growing needs and demands of system users,” said Eberhard.

He added that US and European utilities are responding to these challenges and there is potential for utilities in developing countries to build on international power reform experience, and design future power markets and operating systems to respond to these new opportunities.