Find out the truth in the myriad of anti-plastic messages 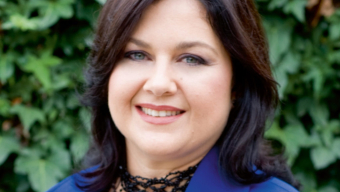 It is time to find truth and balance in the myriad calls for plastics to be replaced with alternatives or degradable versions. If we don’t, we risk setting policies, formulating regulations, enacting legislation and investing in technologies that will do more harm than good.

This is the view of South African National Bottled Water Association Executive Director, Charlotte Metcalf, in response to the wave of anti-plastic sentiment rippling around the globe. Most of South Africa’s bottled waters are bottled in PET bottles.

Metcalf doesn’t dispute the fact that plastic in all its forms is one of the major pollutants of our water bodies and landmasses. Nor does she argue against the fact that ways must be found to curtail that pollution.

But, she does maintain that outright bans, or the adoption of unproven and untested alternatives, are grossly overrated as solutions to plastic pollution.  Worse, she said, is that these are often knee-jerk reactions to the comments made by those who should know better, who should take responsibility for educating and informing the world’s citizens – the media, opinionmakers, thought leaders.

As an example, she pointed to a campaign launched recently by the South African arm of a well-respected international non-governmental organisation working in the field of the wilderness preservation and the reduction of human impact on the environment. The campaign’s cornerstone is that only 16% of plastics in South Africa are recycled. But, for 2017, Plastics|SA reported that 43.7% of all plastic in South Africa is recycled, while PETCO’s post-consumer recycling rate for PET was 65%.

“That’s math that just doesn’t add up,” she said. “Adding insult to injury is that, when asked, the NGO refused to disclose the source of that 16%. Plastics|SA and PETCO’s figures are, however, audited and available for scrutiny.”

The campaign also ranks water bottles in 4th position on its Top 10 list of South Africa’s plastics offenders. However, according to BMi Research, the non-alcoholic beverage market excluding dairy amounted to 5 754.1-million litres while the bottled water market accounted for just 543,7-million litres.

“How an industry that bottles less water in a year than the City of Cape Town used a day at the height of the Day Zero campaign manages to make the Top 10 Plastic Offenders list but that which packages 5 668,7-billion litres of fizzy drinks, iced teas and energy drinks doesn’t is beyond my comprehension,” said Metcalf.

Simply stated, oxo-biodegradable plastics are conventional polyolefin plastics to which small amounts of metal salts have been added to mimic biodegradation. In truth, however, these additives only facilitate a fragmentation of the materials, which do not fully degrade but break down into very small fragments that remain in the environment, and are available for the potential for ingestion by animals.

In recent years, a number of packaged drinking water ‘innovations’ have been launched in South Africa including the bench-top filtering systems used in the hospitality industry (‘Grolsch’ bottle), and companies that refill containers with either filtered, treated or non-treated waters (such as water that has been through reverse osmosis and ozonated water), often inside retail outlets.

However, they cannot substantiate their claims of providing good quality water, beating the drought (an important consideration in South Africa today), and beating plastic.  Research from the United Kingdom has proven that drinking from a refillable water bottle can be ‘many times worse than licking your dog’s bowl’ in terms of the amount of bacteria it will bring you into contact with. Additionally, most of these systems source their water from the municipal supply and therefore afford no drought relief; plus their cleaning and sterilisation cycles are water-expensive.

Switching to glass or tin bottles, jars, lunchboxes etc etc is not a sustainable or safe solution to decreasing the industry’s reliance on PET. Trucost, an American organisation helping companies and investors to achieve success by understanding environmental issues in business terms, estimates that substituting plastic in consumer products and packaging with alternatives that perform the same function would increase environmental costs from $139 billion to a total of $533 billion.

“It really is time to find truth and balance in the myriad calls for plastics to be replaced with alternatives or degradable versions,” Metcalf said. “In July this year, Plastics|SA released plastics recycling figures for 2017  showing that, for the seventh year running, plastics recycling in South Africa had continued to grow, with more than 334 727 tons recycled back into raw material. This gives South Africa an input recycling rate of 43.7% – well above that of Europe’s recycling rate that currently sits at 31.1%.

“Importantly, too, recycling is helping create jobs – even if most are informal. Plastica|SA says that plastics recycling sustained 5837 formal jobs in 2017 in the recycling factories. PETCO estimates that 85% of its bottles collected for recycling comes from the informal sector and that PET recycling creates 64 000 income-generating opportunities.

“So, I ask again, what do you want to do? Switch to glass to reduce the amount of plastic used in South Africa but watch energy, carbon and water footprints increase? Or use your plastic responsibly, recycle and help retain 60 000+ jobs?

“The volume of waste – so much of it plastic – that lines our beaches distresses me. But knee-jerk reactions like complete bans, are not the answer. A holistic strategy that results in investing in solutions that encourage behaviour change coupled with the implementation of considered, well-thought through new technologies is much closer to the answer than outright bans,” Metcalf said.