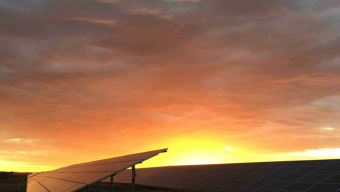 Globeleq is a long term strategic investor in Africa. The addition of the Brookfield assets fully complements its existing power plants in South Africa where it owns, operates and manages 238 MW of solar and wind projects and sets the stage for Globeleq to continue to expand its renewable energy portfolio throughout the continent.

Paul Hanrahan, Globeleq’s CEO stated: “Our team is working hard to complete this very exciting transaction. The expertise of our South African team will be able to enhance these assets by driving operational improvements and improve the existing social and economic development programmes.”

The assets include five solar assets: Aries (11MW), Boshoff (66MW); Konkoonsies (11 MW); Soutpan (31 MW), and Witkop (33 MW) and the Klipheuwel wind farm (27 MW). The six projects were part of rounds 1 and 2 of the South African Government’s renewable energy programme and reached commercial operations in 2014. All plants have a 20-year power purchase agreement with Eskom

Globeleq is a leading developer, owner and operator of electricity generation in Africa. Since 2002, its experienced team of professionals have built a diverse portfolio of independent power plants, generating nearly 1,300 MW in 8 locations across 5 countries, with a further 2,000 MW of power projects in development. www.globeleq.com