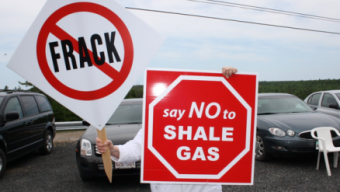 The government has given the go-ahead for shale gas development in the Karoo region, Mineral Resources Minister Mosebenzi Zwane said on Thursday.

He revealed this during a community engagement on shale gas development in Richmond, in the Northern Cape.

“Based on the balance of available scientific evidence, government took a decision to proceed with the development of shale gas in the Karoo formation of South Africa,” he said in a speech.

He said the regulatory framework would ensure that shale gas was “orderly and safely developed” through hydraulic fracturing, commonly known as fracking.

“The finalisation of Mineral and Petroleum Resources Development Act (MPRDA) amendments will also help to expedite the development of shale gas,” Zwane said.

The department estimated that up to 50 trillion cubic feet (Tcf) of shale gas was recoverable in the Karoo Basin, especially in the Eastern, Northern, and Western Cape provinces.

He said it was in their interests to ensure all South Africans benefited socially and economically from the mineral wealth.

The country had been largely dependent on coal as a single source of energy for many years.

Government had decided to diversify the energy basket to provide “cost-competitive energy security” and to “significantly reduce the carbon footprint”.

A year ago, government ended speculation over the project after it announced that exploration for shale gas would begin in the next financial year, according to the AFP.

Zwane said on Thursday that they were mindful of the risks and challenges of the development, especially on water and the environment.

He said a socio-economic and environmental assessment had been conducted beforehand.

“This was necessary to enable a process of data and information collection for informed decision-making on shale gas development.”

He said they were committed to developing the resource sustainably.

Assurances were made that the farming community would benefit from shale gas development, while the Square Kilometer Array would not be affected.