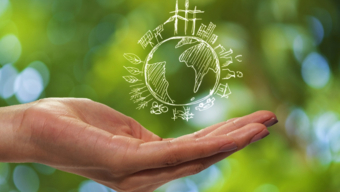 That’s according to the Regulatory Indicators for Sustainable Energy (RISE) report from the World Bank, which grades 111 countries in three areas: energy access, energy efficiency and renewable energy.

The report aims to help governments assess if they have the necessary policy and regulatory frameworks in place to drive progress and attract investment in these fields.

It also enables countries to measure their performance against others and allows them to track progress over time.

It shows an increasing number of developing countries, including Mexico, China, Turkey, India, Vietnam, Brazil and South Africa, are emerging as leaders in sustainable energy, largely as a result of strong policies.

As many as 40% of Sub-Saharan African countries surveyed in the RISE report have barely taken any of the policy measures needed to accelerate energy access, compared to less than 10% of Asian nations.

This is despite the plummeting cost of solar panels, which means there is now an opportunity to bring electricity to customers beyond the reach of utility networks. However, many countries have done little to create a regulatory environment favorable to accelerate its wide adoption.

Exceptions include Kenya, Tanzania and Uganda, which have strong policy frameworks.

One trend uncovered by the report is how policymakers are not paying nearly as much attention to energy efficiency as to renewable energy, particularly in the developing world, even though it is the most cost effective way of decarbonisation.

Riccardo Puliti, Senior Director at the World Bank, said: “RISE will be an invaluable tool for policymakers, helping them to identify and bolster policies and regulations that spur the kind of investments needed to extend access to modern, affordable and reliable energy for all.”