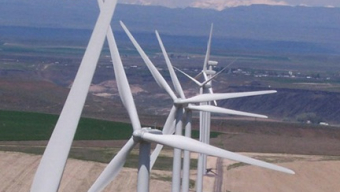 Construction on a wind farm to supply power to the Nelson Mandela Bay Municipality is due to start near Port Elizabeth, Metrowind said. The company said it have been given the green light to build and operate a R 550 million wind farm in Van Stadens, between Port Elizabeth and Jeffery’s Bay. Construction would begin in September 2012.

“The farm known as Metrowind Van Stadens Farm, is expected to start supplying the Municipality and Eskom with power in October next year,” said Company Director Donald McGillivray.

A clearly upbeat and positive Donald McGillivray tells us the first components of the project will be arriving at the Port of Coega on Thursday 20th September). Eskom will be supplied with power for a period of 20 years, he said. “The project is a step forward in the country’s pursuit of clean, renewable energy.”

Donald McGillivary said the community was fully behind the farm.

The government asked for proposals from renewable energy producers last year for the construction and operation of wind farms in the province. MetroWind was one of the 28 preferred bidders. It was granted a license by the National Energy Regulator of SA. The municipality also gave its consent for the farm.