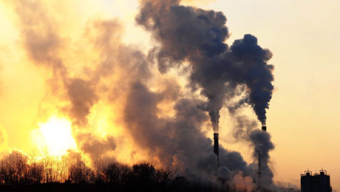 With a background in supply chain and logisitics, Terblanche explained to Fin24 by phone on Tuesday why she made carbon emissions central to her four-year long doctoral research.

“I have always been passionate about carbon emissions, climate change and the greenhouse effect and how we can make the world a bit better,” Terblanche said, as she recalled how her research supervisor prompted her to find something she was passionate about to make as a subject of her research.

Upon investigation, Terblanche said she learnt that road freight had a “terrible carbon footprint” in South Africa and that there was no research on how to effectively manage these carbon emissions in the country. This presented an opportunity for her to explore solutions fit for South Africa.

Terblanche defines carbon emissions as the primary gas contributing to the warming of the Earth’s atmosphere, or global warming, and climate change.

“We have much more climate disasters [because of carbon emissions]. That is definitely the most focal point in lowering climate change – by decreasing carbon emissions,” she said.

In her research, Terblanche looked up different ways different countries are trying to reduce carbon emissions. She found a decarbonisation framework developed in the UK, which could be adapted to South Africa.

Terblanche interviewed experts and managers in the road freight industry in order to develop her framework. A total of 132 registered road freight companies across the country were sampled and took part in the study by filling out online questionnaires, she explained.

The framework identified four key decisions a company can make when it comes to reducing carbon emissions from road freight transportation.

“The framework was applied on one company during the course of the research as a testing phase and the company reported a considerable decrease in their road freight carbon emissions,” Terblanche said.

“If companies in South Africa focus on these core aspects, our carbon emissions in road freight can decrease by a staggering 46%. This number only shows how inefficiently we operate our road freight,” she added.

The study showed that shifting from rail to road could reduce carbon emissions by 7.5%.

Terblanche added that only about 7.5% of road freight could be moved to rail, as these are goods which are non-perishable, unlike goods like fruits and vegetables, which can expire, given the long journeys on railways.

Improving efficiencies on routes and networks – such as avoiding unnecessary trips or empty loading – could reduce carbon emissions by as much as 27%.

Introducing mechanical efficiencies such as driver behaviour can reduce emissions by as much as 20%.

Culture of compliance with the RTMS or avoiding theft can help reduce carbon emissions by as much as 19%.

“Should all the influences be implemented at once to achieve synergy, a total calculated carbon saving of 7.7 million tonnes of CO2 can be achieved along with a reduction of 7.36 billion road freight kilometres,” said Terblanche.

The reduced carbon emissions could reduce the carbon tax liability on companies.

At a carbon tax rate of R120 per tonne, by reducing emissions companies could save as much as R1.48bn.

When asked what her goal is for her framework, Terblanche said she was hoping it would be applied as a “self-regulatory” framework which road freight companies could use to treat emissions.

“We each have a responsibility to reduce our carbon emissions … it is important to work together toward the same goal,” she said.

Terblanche said that road freight companies, policymakers and local and international researchers could benefit from the research. The aim is to make more companies aware of the framework and to apply it.