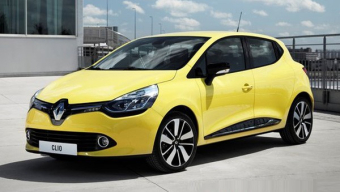 Over the last decade, manufacturers of diesel engines have made giant steps forward in reducing tailpipe emissions, but according to scientists it’s not enough as diesel fumes remain a major source of atmospheric soot, which is spurring the rise in allergies and other respiratory conditions.

According to one of SA’s leading pharmaceutical companies, specialising in allergy treatments, nasal allergies already affects close to 20 million people in the country – a figure which is set to increase  as a result of airborne pollutants amongst others.

“The average age of a light passenger vehicle in SA is around 11 years, while most taxis and buses that typically use diesel are 14 years or older. The maturity of our car parc has a direct implication on the quality of our air and subsequently our health.

“Diesel pollutants can either exacerbate the symptoms of those already prone to allergies or trigger latent allergic reactions in those who were previously not allergic, causing the body to create more antibodies and thereby increasing the allergic immune response.

“Diesel exhaust contains about 100 times more carbon particles than petrol and remain airborne for a long time. To make matters worse, when pollen particles bind to diesel particles, they go a lot deeper into the airways since diesel particles are much heavier and in turn, a chemical reaction takes place when the two combine, which make it more allergenic,” she says.

In South Africa, diesel car sales are rising and show no signs of slowing down. Since 2008 overall sales of diesel-powered vehicles have almost doubled with diesel cars making up about 22% of our country’s car parc of which about 46% (1 042 510) are older, non-emission controlled diesels.

Hudsonberg says the large number of older diesel vehicles on our roads and their continued use poses a serious health risk.

She cites figures from the most recent ‘State of SA’s Air’ report released by the Department of Environmental Affairs, which highlights that the three biggest types of air pollution are sulphur dioxide, particulate matter 10 and particulate matter 2.5 – the latter emanating mainly from diesel tailpipe emissions.

“To control exhaust emissions in an environment such as South Africa, vehicle roadworthiness tests should be compulsory within four years of the first registration and every two years thereafter. In a recent test carried out by the National Vehicle Testing Association on more than 1 000 cars in SA, about 80% weren’t in a roadworthy condition, which is alarming.

“In addition, drivers of old diesels, especially those owning and managing fleets should consider fitting their vehicles with Diesel Particulate Filters (DPF), which traps soot and harmful particulates in the exhaust, thereby significantly reducing tailpipe emissions,” she advises.

Hudsonberg adds that commuting can also add to allergy sufferers’ misery. “When traveling to work – whether in a bus, taxi or car, rather close the windows and turn the air conditioner on. The air-con should filter out all the diesel particles to lessen your exposure and alleviate symptoms.”

For more information about allergies and treatment options available to sufferers, visit www.allergyexpert.co.za