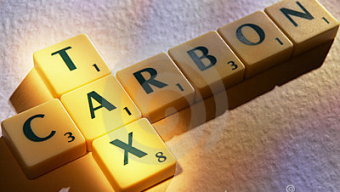 Tabling of the Carbon Tax Bill

The Minister of Finance tabled the Carbon Tax Bill in Parliament on 20 November 2018, giving effect to the announcements made in the 2017 and 2018 Budget and by the Minister in his MTBPS speech in October. In tabling the bill, the Minister stated that “climate change poses the greatest threat facing humankind, and South Africa intends to play its role in the world as part of the global effort to reduce greenhouse gas emissions”. The Carbon Tax Bill, and related measures, will enable South Africa to meet its targets as agreed in the Paris Agreement.

The revised Bill takes into account comments received during the Parliamentary hearings convened by the Standing Committee of Finance earlier this year, following publication of the draft Bill in December 2017. Cabinet adopted the Carbon Tax Bill in August 2017, noting the bill as an integral part of the system for implementing government policy on climate change.

The Carbon Tax Bill gives effect to the polluter pays principle and aims to price greenhouse gas emissions by obliging the polluter to internalise the external costs of emitting carbon, and contribute towards addressing the harm caused by such pollution.

As announced in the 2018 MTBPS, the carbon tax will become effective from 1 June 2019. A review of the impact of the tax will be conducted after at least three years of implementation of the tax and will take into account the progress made to reduce GHG emissions, in line with our NDC Commitments. Future changes to rates and tax-free thresholds in the Carbon Tax will follow after the review, and be subject to the normal transparent and consultative processes for all tax legislation, after any appropriate Budget announcements by the Minister of Finance.

The tax will be implemented in a phased manner, taking into account SA’s NDC commitments to reduce greenhouse gas emissions. The first phase will be from 1 June 2019 to 31 December 2022, and the second phase from 2023 to 2030. This ensures alignment with our NDC commitments under the Paris Agreement.

The phased introduction of the carbon tax, through a relatively modest initial effective tax rate that will increase over time, provides a strong price signal to both producers and consumers to change their behaviour over the medium to long term and promote a systematic transition to a low-carbon economy by opening up new business opportunities and stimulating innovative business models. Firms are therefore incentivized towards cleaner technologies over the next decade and beyond.

2022). To cushion the potential adverse impacts on energy intensive sectors such as mining and iron and steel, the introduction of the carbon tax for the first phase will not have an impact on the price of electricity. This will be achieved through a tax credit for the renewable energy premium built into the electricity tariffs and a credit for the existing electricity generation levy.

In 2013, government implemented the energy efficiency savings tax incentive to support businesses investing in energy efficient equipment and practices. Government will consider extending the duration of this incentive to be aligned with the first phase of the carbon tax and also undertake a review of the incentive in collaboration with the Department of Energy and the South African National Energy Development Institute. The energy efficiency savings tax incentive combined with these two measures will help cushion emissions-intensive and trade- exposed sectors during the first phase.

To further provide sectors with sufficient time and flexibility to transition their activities through investments in energy efficiency, renewables and other low carbon measures, the design of the carbon tax provides significant tax-free emissions allowances ranging from 60 per cent to 95 per cent for the first phase. This includes a basic tax-free allowance of 60 per cent for all activities, a 10 per cent process and fugitive emissions allowance, a maximum 10 per cent allowance for companies that use carbon offsets to reduce their tax liability, a performance allowance of up to 5 per cent for companies that reduce the emissions intensity of their activities, and a maximum 10 per cent allowance for trade exposed sectors. This will result in a relatively modest carbon tax rate ranging from R6 to R48 per ton of CO2 equivalent emitted.

These revenue recycling measures will help to mitigate any possible short-term negative impacts on the economy and jobs. In light of efforts to progress towards more fully internalizing the costs and impacts of GHG emissions and to help achieve our GHG emissions goals outlined in the NDC, the National Treasury review the interaction between the carbon tax and the electricity generation levy at the beginning of the second phase of the carbon tax. This will take into account the on-budget programmes, including the rehabilitation of roads damaged due to coal haulage that is covered by the electricity levy.

The tabled Carbon Tax Bill and explanatory memorandum are available on the National Treasury website: www.treasury.gov.za