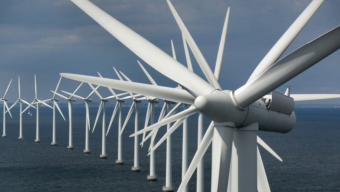 The South African Wind Energy Association (SAWEA) has responded to a media
report stating that the ANC endorses a market-friendly approach to South Africa’s
constrained energy supply, which includes allowing municipalities to procure their
own energy, expanding the Independent Power Producer (IPP) programme and
freeing up regulations around self-generation by business.

SAWEA says the wind industry certainly supports the approach of relooking at how
energy is supplied in South Africa so that the system can evolve and adapt to fit the
increasing energy demand of the country, however, strongly states that the
implementation of the IRP 2019 should remain an imperative to ensure sufficient
lead time for procurement processes and to support a stable and consistent growth
as laid out by the energy roadmap.

“To shift away from a centralised monopoly to a more efficient decentralised
generation model will increase competition and drive down energy prices. This will
ultimately stimulate the economy and support the growth that South Africa is
seeking, in line with a global shift away from large centralised utilities. However, the
focus needs to remain on implementing the country’s resource plan in order to
address the short and long term electricity supply capacity constraints and to ensure
sustainable economic growth,” said Ntombifuthi Ntuli, CEO of SAWEA.

With private sector participation in the energy generation business, where
municipalities and large-scale private power users can purchase power directly from
IPPs, the benefit of introducing competition into the electricity generation market will
naturally result in price reductions whilst increasing generation capacity.

“We need the market to be opened for private power producers to be able to supply
electricity to the national electricity system. Private renewable energy producers can
supply electricity to intensive users at a rate of 25% less than Eskom mega-flex
tariffs, this includes municipalities,” concluded Ntuli